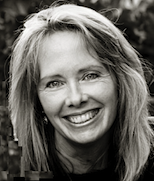 Coming from Kansas, the only vegetables I ate were the ones that accompanied meat: the lettuce wedge sitting next to the 12-oz slab of steak, the french fries piled up against the fried chicken and the pickle served with the hamburger. That all changed just before Christmas 2010 when our daughter Emily, then 23, announced she had become a vegan. I wasn’t even sure what a vegan was. I looked up some recipes online and attempted to make vegan strawberry crepes for Christmas breakfast instead of a sausage-egg casserole. The crepes stuck to the pan and fell apart when I tried to flip them, so we ended up eating strawberries and whipped cream (non-dairy of course) for breakfast.

Matt and I watched with interest over the following months as Emily changed her eating habits, spent less on food, lost weight and had more energy. She also said she never felt hungry or deprived.  We took her to several vegan restaurants in the Seattle area, and were amazed at how good the food was.  In the summer she took us to see the documentary Forks Over Knives

about the health benefits of a plant-based diet, and that’s when the lightbulb went on. Everyone should see this movie. It has such a hopeful, powerful message.  The doctors claim that no matter how poorly you’ve eaten in the past, if you stop consuming animal protein and processed foods, and switch to a plant-based diet, you can reverse all the bad things you may have done to your body. The documentary shows how a plant-based diet eliminates diabetes, high blood pressure, heart disease, high cholesterol, and surprisingly, erectile dysfunction.  People who live in countries where most of their diet is plant-based have much lower rates of cancer.  Food as medicine.  It’s fascinating.

After that, I stopped buying and cooking meat and we cut out almost all dairy products as well (except for half-and-half in our coffee). Most of our friends and family members thought we were crazy. They didn’t understand how you can have a satisfying diet that consists of  “rabbit food.”  The question I got all the time is, “but what do you eat for dinner?”  I created this website so I could post some of the recipes that we think are rich and satisfying. It’s been an interesting process coming up with good meals using vegetables, legumes, and whole grains. It’s kind of like a science project – sometimes the recipes  fail miserably, and sometimes the results are surprisingly delicious. Friends send me recipes to try, and I’ve found lots of great ones on other vegan websites.

Since making this lifestyle change, I’ve read criticisms claiming that the study results in Forks Over Knives are flawed. The Paleo Diet seems to have taken over the world. There are new books, new studies and countless opinions from physicians and nutritionists about what we should and shouldn’t be eating. It’s never been more confusing. Is meat good or is meat bad. Is fat good or is fat bad. Are grains good or are grains bad. The answers are elusive. One thing is certain though. No one disputes that fruits and vegetables are good for you. So that is my focus- finding ways to incorporate more fruits and vegetables in the meals that I cook and to make them the centerpiece of the meal, rather than the sidekick.