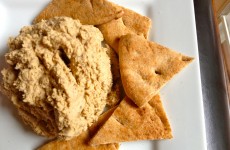 I’m posting a basic hummus recipe here, but there are endless ways to vary the recipe. A couple of great additions are sun-dried tomatoes, roasted red peppers or… Read More » 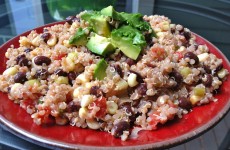 We had lunch in a local brewery on Sunday, and I skipped my usual veggie burger and ordered their Black Bean & Quinoa Salad instead. Wow- it was… Read More » 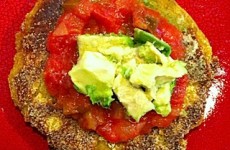 Over the weekend I cooked up a gallon of chickpeas. I use them to make hummus at least once a week, and I needed some to work on… Read More » 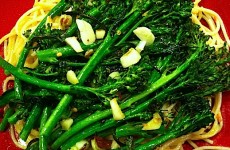 I love to browse the produce section and see all the amazing varieties of produce available. Now, in addition to regular broccoli, there is a variety called broccolini, or… Read More » 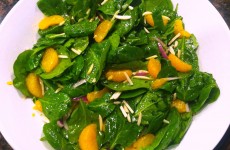 It’s mid-March. After six days of looking out the window at intermittent snow, then rain, then hail, followed by more snow, I think I’m coming down with SAD…. Read More » 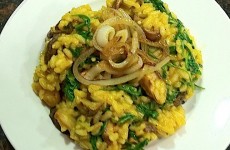 Risotto has a reputation of being difficult. Many people shy away from making it because they think it’s hard to make and time consuming. It’s really not. Yes,… Read More » 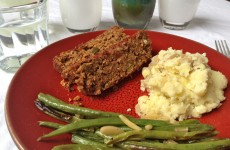 This is the most excited I’ve ever been to post a recipe! It’s a pretty amazing thing when you can take lentils, tofu and oatmeal and turn them… Read More » 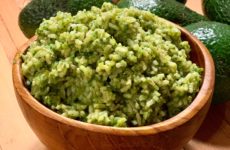 We had dinner at a Mexican restaurant a couple of nights ago, and Matt was eyeballing my delicious side dish of black beans and green rice. He… Read More » 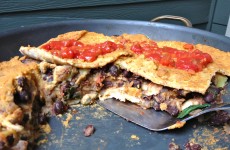 When I first posted this recipe, these were individual enchiladas. When I made them today, I was feeling very lazy, so instead of rolling each one up individually,… Read More » 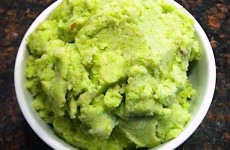 This recipe is a great way to add some nutrition and fun to your mashed potatoes. The first time I made it I added too much cooking liquid… Read More » 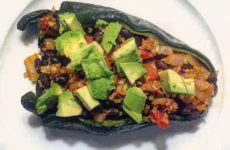 Matt and I first had poblano peppers on a trip to Mesa Verde National Park.  At dinner in the Far View Lodge restaurant we ordered their Poblano Rellenos…. Read More » 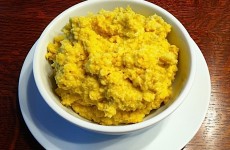 I found this recipe on my How to Cook Everything app when I was searching for recipes containing millet. This tiny “grain” is gluten-free,  packed with vitamins and… Read More » 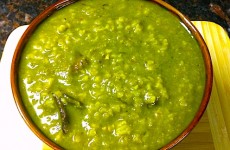 The first time I made this soup was on January 2nd.  The holidays were over and I was feeling overfed and undernourished.  I threw this together from stuff… Read More » 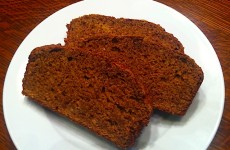 We go through a lot of bananas at our house. When they’re too ripe to eat, I either slice and freeze them in baggies for smoothies, or I… Read More »

I found this recipe in Cooking Light Magazine, and it’s one of Matt’s favorites. Mine too. It’s what I make when I don’t know what to make for… Read More » 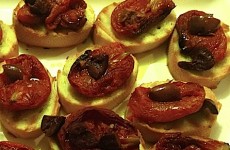 This is our favorite appetizer at  Cafe Lago in Seattle.  Roasted tomatoes served on crostini with a bit of goat cheese.  They call it Pomodori al Forno. I asked… Read More » 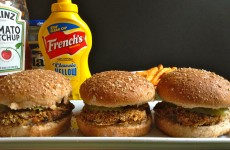 I’ve been playing around with a black bean burger recipe that incorporates bulgar, because I’m having a love affair with bulgar at the moment. Bulgar is similar to… Read More » 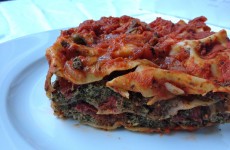 I’ve had lots of vegetarian lasagnas in my day, and while the vegetables may vary, they all had one thing in common- tons of cheese.  Ricotta cheese, mozzarella… Read More »